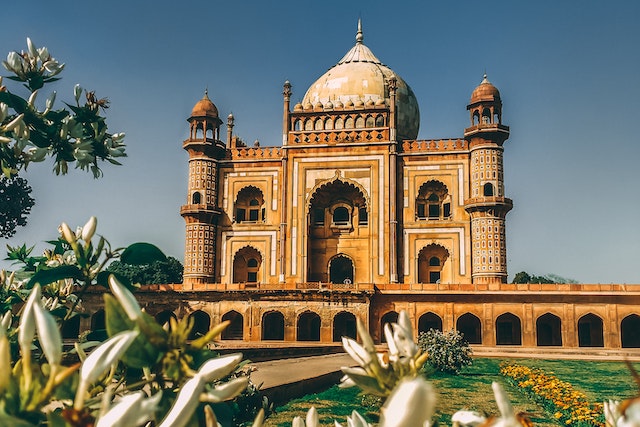 Planning A trip In October? Here’s our list of best places to visit in October in India

In India, October is known for the infamous “October Heat,” a meteorological phenomenon that causes many coastal and rural areas to endure unexpectedly intense heat waves in between periods of autumnal cold. However, there are many other locations in India that, especially for tourists, turn hospitable in October, both climatically and culturally. In much of India, October marks the beginning of the winter tourist season because it is the first month to dry up following months of soggy monsoon. There are a lot of fantastic locations to visit and things to do in India in October, including Munnar, Port Blair.

Munnar is a stunning hill town in Kerala and is frequently referred to as the Kashmir of South India. Due to its distinctive tea plantations, the town constantly smells like freshly brewed tea. Especially in October when the shrubs are blooming after the rains. Your one and only convincing reason to travel to Munnar in October will be this. Other factors include the frigid temperatures between 2 and 13 °C, the final fantastic off-season deals on food and lodging, and a tranquil atmosphere before the arrival of tourists.

Visit Kolukkumalai Tea Estate to experience its invigorating aroma and breathtakingly beautiful surroundings. It is one of the world’s tallest tea estates. Spend a night in the treehouse at Dream Catcher Plantation Resort and relive your childhood in your grandmother’s home. For those who love animals, hike up to Echo Point and stop by the Eravikulam National Park, Chinnar Wildlife Sanctuary, and Salim Ali Bird Sanctuary. Numerous waterfalls may be found in Munnar as well. Lakkam, Chinnakanal, Thoovanam, and Attukal are a few of them. Ayurvedic massages are also a must-try in this location because they work best during and after rain.

Cochi International Airport, which is located 110 kilometers away, is the closest airport. Here, conventional air carriers including Air India, Jet, and Go Air fly to important Indian cities. You may find taxis and vans outside the airport that will transport you to Munnar. An additional choice that is less expensive than a private cab is state-run buses. From Ernakulam (135 km distant), you can drive up to Munnar, or you can take the train to Aluva, which is the closest station (110 km).

Read More: How To Reach Mawsynram

The capital of the Andaman and Nicobar Islands is Port Blair. It is located in the Bay of Bengal, on Indian soil. With temperatures ranging from 15 to 34 degrees Celsius and a cool, persistent breeze, October turns into a nice month to travel to Port Blair. The weather is dry and clear. Beaches, water activities, and the sight of migratory and exotic birds can all be enjoyed during this season.

Visit the Cellular Jail, a masterpiece of architecture that the British used to detain Indian freedom fighters. Local marine life can be found at the Samudrika Marine Museum in the area. Visit Chidiya Tapu to observe unusual birds, then go to Kala Pani to see the Light and Sound performance. You are on the verge of tears as it beautifully captures the fight for independence. Visit Barren Island to see the only active volcano in South Asia and Ross Island to relive the colonial past.

Most significant Indian cities, including Chennai and Kolkata, have flights that will take you to Port Blair Airport. The boat service from Chennai takes 60 hours, whilst the one from Visakhapatnam takes up to 56 hours. At the headquarters of Shipping Corporation of India (SCI), tickets can be purchased for the event. There are no direct train links entering the region because it is an island.