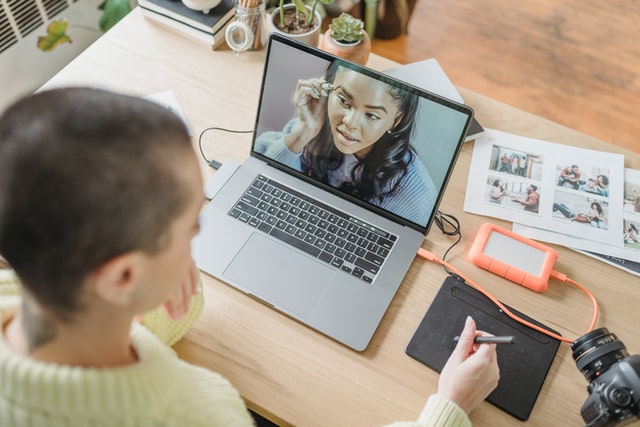 We explain what is retouching Image, what it is used for, why it can be controversial, and the applications used to do it. Image retouching allows you to obtain a modified version of an image.

What is retouching Image?

Retouching image is the digital treatment of a photograph or an image already taken, using different computer tools to obtain an improved, modified, or different original version. It is a very common procedure today, usually used by advertising and social networks.

Photographic retouching is not something new, and previously it was part of the so-called “post-production” mechanisms, that is, of the ways of altering the image taken to obtain a greater expressive effect or to correct a mistake. This has been done in photography and film since its inception, but it has gained more momentum today thanks to digital photography and the rise of design software.

However, these mechanisms are still controversial in certain areas since they can be used to deceive or defraud, altering the reality frozen in photography. Something especially important for graphic reports, news, or documentary photography.

Even in the promotional or advertising field, it is often viewed with suspicion since it allows the dissemination of unreal or implausible content as true. Thus, they create unattainable beauty standards since the models in the photo have been retouched to look much better than they do.

However, retouching Image can be a useful tool for photographers and filmmakers who seek perfection in the image taken (and not the apparent perfection of the model photographed), that is, who want to “polish” or remove imperfections from their photographs and achieve a much higher standard of beauty: brightness levels, contrast levels, colour saturation levels, etc.

Thus, some level of digital intervention is becoming increasingly accepted in fine art photography since it is understood that certain digital processes can further enhance the beauty captured by the photographer’s eye. In other cases, even the work of art is impossible to obtain without photographic retouching, as in the case of collages and fantastic or Avant -grade compositions. It can help you Visual arts.

Some of the best-known applications that allow the digital retouching of a photograph are the following:

Adobe Photoshop, developed by Adobe Systems Inc., is one of the best known on the market. It was released in 1990, and its most recent stable version dates from 2020, so it remains among the most popular.

Corel Photo-Paint, specialized in editing raster graphics ( bitmaps or bitmaps), is part of the Corel DRAW Graphics software suite from the Corel company. It has a highly customizable work environment, and its 2010 version is the most recent.

Adobe Lightroom, another software from Adobe Systems Inc., was released in 2006 for Macintosh and IBM computers and quickly became a favorite among designers. Its most recent stable version dates from 2017, and there is a newer version in development.

GIMP, another bitmap editing program, whose name stands for GNU Image Manipulation Program. It is a free program, part of the GNU project with a general public license, also available in several languages. Its most stable version is from 2020, and it is constantly updating it.